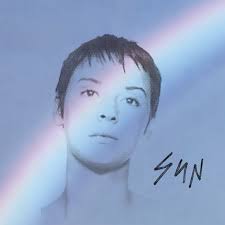 “It’s your responsibility as an artist to stand up if you believe in something.” Patti Smith

Cat Power played to a full theatre, hopes were certainly high and the crowd of supporters were looking forward to seeing Chan Marshall break her record of poor gig performances in Ireland.

Blue lighting highlighted a grand piano and two lone guitars. When Cat Power stepped onto stage, it seemed to take a lot of courage and guts for her to be there. She thanked us for allowing her to come back. After her excellent album “Sun” in 2012, its popularity should have supported her confidence, however, it seems that Power is innately a tortured artist, in deep internal conflict.

Beginning her set, the first four songs on guitar started out so well, but gradually nerves began to get the better of her – particularly when she moved behind the piano and stayed there. She played what felt like hundreds of her songs – some recognisable, some covers, but most were unrecognisable and slightly disjointed because she kept stopping and starting. She ran off the stage on a number of occasions.

“The Greatest” was played, well received, but not in the form anticipated. At times it seemed like one never ending song at the piano, in-between distracted rambling and twitching of her head and microphone.

Distracted ramblings mainly based on her nerves and an outburst on the Israel and Gaza conflict, did little to convince us that the artist had fully prepared for this night. There was a lack of connection with the audience, even though she had many supporters encouraging her. If she had looked up, she would have noticed the stream of punters exiting the upper circle from half way through the set.

As an artist, this is obviously what Cat Power wants to give in a live performance. The show at the Olympia was hard to enjoy, and as a fan, I could not recognise many songs or enjoy her live versions of my favourite songs.

A disappointing concert by Cat Power. A band around her would benefit and uplift her melancholy, acoustic live songs.