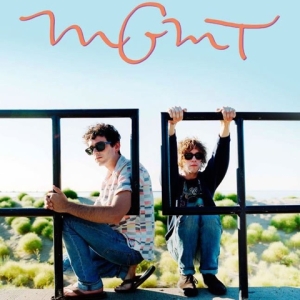 MGMT performed last Saturday night, as part of their promotion of their self-titled third album and European tour. Support came from an Irish act called Guards who were quite heavy in places, although perhaps there was a sound issue, as many of us had to seek refuge in the theatre corridors and bar to save our hearing. So with the support act, unfortunately sound definitely let them down not their talent. Guards online work is quiet strong, inspiring and worth checking out.

Opening within a purple haze, there were no hellos just MGMT and they performed ‘Flash Delirium’, a slow and sludgy paced tune showcasing their interest in more psychedelic sounds. ‘Introspection’ was non-descript, but then cheers of joy came from their forgiving fans for ‘Time to Pretend’. The band appeared tired, even exhausted and a little down beat – perhaps jet lagged, who knows? They performed mainly in darkness with little movement or communication with us, while the backdrop was a combination of psychedelic lighting and purple haze, which was kind of trippy.

Back to ‘Time to Pretend’ – this was played to perfection and their earlier energy remerged, welcomed by the audience and a momentary return to their former selves. ‘The Youth’s warpy, prism of lighting was all-encompassing, quite visually interesting. ‘Of Moons, Birds and Monsters’ began with Andrew VanWyngarden mumbling lyrics and in the backgound Goldwasser tinkled out some synth keys at the start, this turned into really epic eighties infused anthem, which the crowd enjoyed.

With ‘Indie Rokkers’ they suddenly took us on an awesome journey through their minds with the backdrop depicting, a tube of meteorites and spiralling hands. Synth keys tripped along, like taking various levels in a computer game. This was nice the ambient, electro funk driven compositions with visual effects that made you want to groove. After this powerful piece, the band commenced to dragging us along painfully through the set for ‘Mystery Disease’ a trippy, psychedelic drum piece again, while the band remain largely in darkness and unfortunately doing very did little to excite us.

Same too for ‘Weekend Wars’ and ‘I Found a Whistle’ these were particulalry non-descript, we were holding ourselves up in pain from boredom, as the band yet again remained in darkness amidst psychedelic lighting. ‘Siberian Breaks’ an island scene appears behind the band in black and white and a gothic type tree, symbolises that they are now in a gothic, sadly – dark place. No crowd cheer, or response.

Yes, of course ‘Electric Feel’ would save the day. The crowd were suddenly all forgiving – laughing and dancing and hugging one another.

VanWyngarden then invited a guest percussionist on stage, all we hardly noticed the new sound to be honest, because we were bored silly and so ended ‘Your Life Is A Lie’. For ‘Kids’, things improved here and this song took a particularly ‘Chemical Brothers’ style twist and then they moved on towards ‘Alien Days’ a nice and spacey sort of trippy song, but they just seem to float here. If only they had left it there, but they did not.

Leaving temporarily they returned for an encore of ‘Song for Dan Treacy’ and ‘Plenty of Girls in the Sea’ and ended. What an anti-climax. VanWyngarden in his dark winter coat, remained largely in darkness and again made it feel hard for us in the audience to become excited. ‘Dublin always has the best crowd”  he said, his first and last real words to any of us.

MGMT are a shadow of their former selves, they did not have the glow of their earlier success on the night. How great it would have been if they had delivered more optimistic and uplifting sounds, instead of the pessimistic psychedelic songs of misery that we were served up last night.